The stages of grief were introduced in 1969 by Elisabeth Kubler-Ross, in her book “On Death and Dying”. These stages of grief can be described as a cycle of emotions that humans can expect to feel, resulting from some type of unexpected loss. Grief is a very normal process, and something most people will be forced to cope with at some point in their lives.

The five stages of grief are Denial, Anger, Bargaining, Depression, and Acceptance. By experiencing grief in stages, people are more likely to feel a sense of hope that the grief is not an endless proposition. In that regard, the five stages of grief are extremely helpful because they reaffirm the fact that grief is normal, and has been experienced and resolved successfully by countless people.

Although these stages of grief appear somewhat simple, it is doubtful that most people will ascend through them in a linear fashion. Offering someone who is grieving the idea that their emotions can be corralled into five equal stages of grief and that, in time, they will successfully complete a stage and move onto the next one, can put an extreme amount of undue pressure on an individual.

There is no right or wrong way to grieve. Further, the types of emotional reactions and behaviors that people exhibit as a result of loss will differ depending upon the type of loss they have suffered.

The first stage of grief is Denial. It is really the first of our reactions to any form of sudden loss. It is very common for people to try and initially deny the event in order to subconsciously avoid sadness or the thought of processing the loss. People in denial often withdraw from their normal social behavior and become isolated. Denial has no set time frame or may never be felt at all.

The second stage of grief is Anger. People who are grieving often become upset with the person or situation which caused their grief. In the case of death, the anger is often focused toward the deceased for leaving that person behind and unable to cope. Other times people become angry at themselves if they feel they could have done something more to stop the loss from happening. A third party, such as the doctor, family members, or God can also be the recipient of the anger. 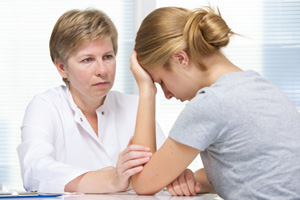 The third stage of grief is Bargaining. This is when those who are grieving are reaching out to God to make the pain go away. It is actually very normal and largely considered to be a sign that they are beginning to comprehend their situation. People will often try to make a deal or promise to do anything, if the pain will be taken away. In essence, the bereaved cannot totally move into acceptance but acknowledges the fact that what happened cannot be undone.

The fourth stage of grief is Depression. This may take some time to develop. The bereaved often think they are depressed when a grief event first occurs, but there is usually much shock and other emotions present before any real depression can set in. The signs of depression due to grief usually appear when a sense of finality is realized. Prolonged feelings of sadness, regret, fear, worry, or uncertainty are symptoms of depression. 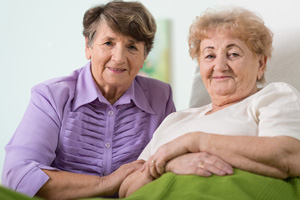 The fifth stage of grief is Acceptance. This is the point where the person experiencing grief no longer is looking backward to try and recover the life they once had with the deceased or other cause of their grief. It is not that they no longer feel the emotions brought on by their grief, but they are ready to embrace the idea that they are reaching a new point in their lives. At this point, they are beginning to understand that there is a new beginning on the horizon.

Acceptance should not be confused with healing or recovering from the loss, since that would put an enormous amount of pressure on people experiencing grief. Acceptance is a turn in the healing process. It is the point where recovery becomes about the person left behind, and not about the person being mourned.

The stages of grief should not be taken as a lineal guide to healing or ascending through grief, because in reality, life does not fit into such perfect stages. Most people and their grief episodes are different, so recovery is usually not as simple as working through a few stages and hoping you will quickly move from one to the other.

People’s emotions and reactions to grief may run the gamut of each stage, but it is unlikely each will arrive at the gateway of the next stage with all aspects of the previous stage completed. However, the five stages of grief do provide an excellent guide for grief support. The most important part of recovering from grief, especially bereavement, is to seek out help and realize that grief is normal.